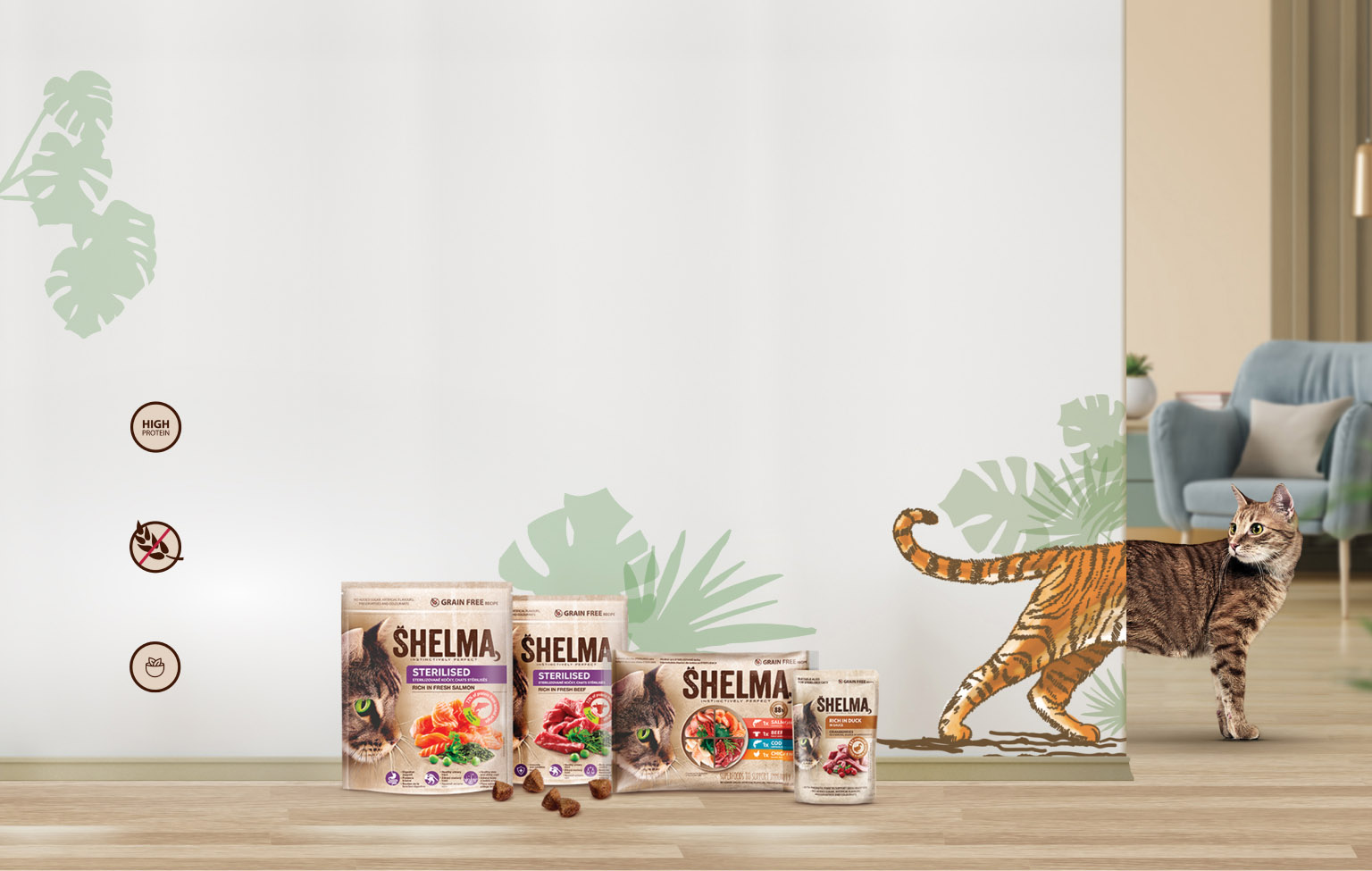 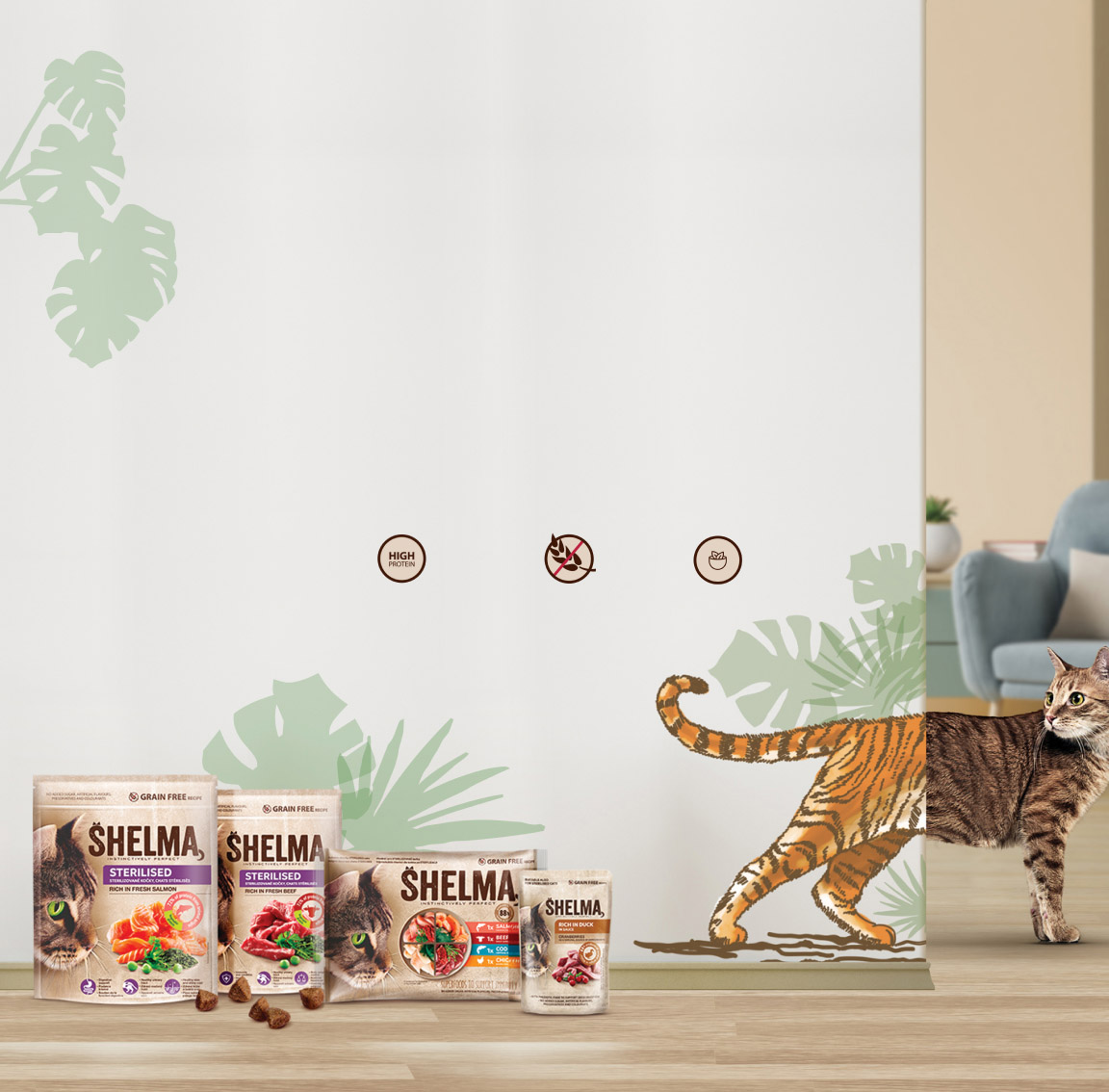 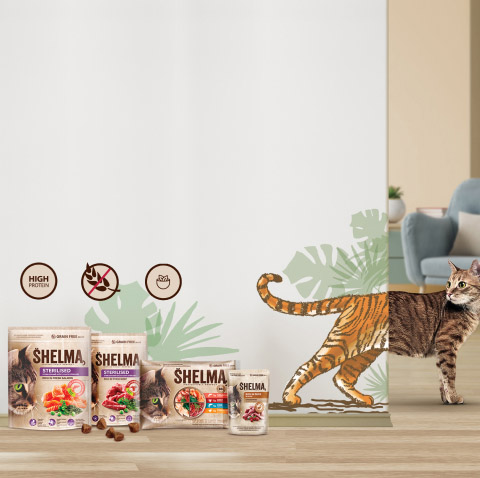 There’s a little bit of tiger in every cat 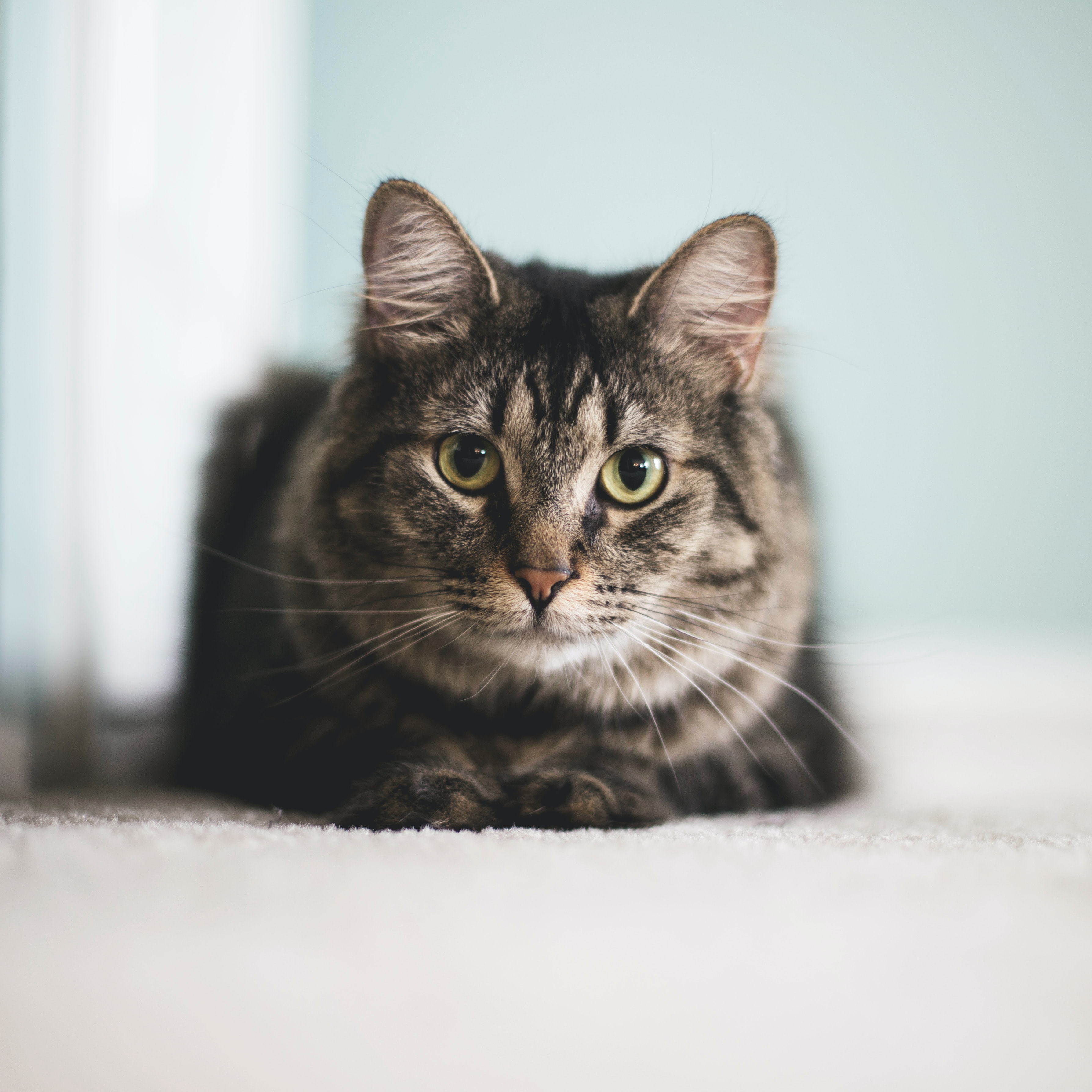 Cat after neutering. Do you know how to adjust its diet?

Neutering is a fundamental change in the life of every female and male cat. For whatever the reason, it is the right option in any case, which will also be confirmed by a number of leading experts and cat psychologists in our country.

You don’t have to be full of remorse or have a guilty conscience that you torment your cat, make decisions on its behalf or deny it something. Quite the contrary! It’s only in this way that you’ll ensure that your cat is safe and its life is of higher quality and lasts longer, and it’s through neutering that you can often prevent some diseases as well. You shouldn’t underestimate the cat’s diet after neutering, either. The thing is that breeders often feel that they harm the cat with the operation, but they often don’t realise that it is an unsuitable diet that may harm it much more afterwards. That’s why we bring you some advice on proper nutrition so that your domestic cat is relaxed, happy and healthy!

One of the most frequent myths about cats and neutering is that neutered cats are always obese or they are at least overweight. Although, that’s more like a half-truth.

What does the reality look like then? The fact is that it is advisable to focus on the cat’s diet after neutering and to give it the best. But first things first. Understandably, neutering has an impact on reproduction. The biochemical processes characteristic of the reproduction period, during which appetite tends to be suppressed, stop taking place in the cat’s body. And that’s exactly what neutering changes. Neutering may also result in a change in the cat’s metabolism, and that’s why its appetite may increase significantly after the operation. Combined with bigger food portions and a smaller amount of activity, increased appetite may gradually lead to obesity.

But everything can be dealt with, and to think that a neutered cat equals obesity definitely shouldn't be the case. It even isn’t true that after being neutered the cat becomes lazier, spending all day sleeping or eating. On the contrary, a lot of breeders have cats that are just as active as before neutering. Was the cat used to running in the garden and chasing another cat or jumping to catch flies? Or did it frolic on the scratcher and jump on all of its toys and mechanical mice the whole day? If so, then it won’t change too much and the cat won’t lose any of its traits and pastimes. Thus, the risk of becoming overweight is really more due to the increased appetite of the cat. In the end, just as in the case of humans, if you begin to eat more, take in more energy but, by contrast, continue to expend the same amount of energy, this will also have an impact on your figure. And that’s exactly the case with cats as well.

It’s not for no reason that you will virtually find special foods for neutered cats in every shop. They are mostly designated as “sterilised” or “sterile cat”. So, if you’ve got a neutered cat at home, it will definitely pay to buy this type of food.

What’s more, breeders don’t need to worry that the food is dietetic in any way or that it will deprive their cats of anything. On the contrary. Quality foods for neutered cats are based on balanced ingredients, they control the cat’s weight, they contain the necessary vitamins and minerals, and they also care about boosting immunity, fitness, urinary tract health as well as digestion (e.g. Shelma Sterilised).

Their importance primarily rests in a lower fat content; in other words, in an adjusted protein-to-fat ratio. Beware of what you are buying though! Real quality foods for cats, even for neutered ones, should definitely not contain cereals, which may cause food allergies.

Why adjust the diet of a cat after neutering?

A number of owners of neutered cats also deal with the question as to whether or not it is necessary to adjust the diet of their cats after neutering. Naturally, everything is up to the breeders themselves. However, experts strongly recommend adjusting the diet, in particular, by choosing dry food for neutered cats.

That’s not only because special foods for neutered cats control the body weight of your pet but because, overall, they take more care of the health of the urinary tract, which may be sensitive in cats after neutering.

And, of course, the already mentioned weight and keeping an ideal body weight play a role as well. Although breeders may also continue giving their cats their original food, considering the increased appetite which occurs just after neutering, their cats mostly demand more frequent feeding or eat up their daily portion much quicker that before neutering. And which owner then can't resist their cat’s sad look and fetch it a new serving?

Do you know that... or why neutering matters

Even though experts are increasingly urging breeders to have their cats neutered, a number of breeders still feel that they torment their cats by it, expose them to the effects of general anaesthesia or, from their point of view, to an unnecessary operation and deny their cats something that is “natural” for them.

But did you know that neutering has a positive effect on the cat’s life in these areas?

And how you should prepare your cat for the actual neutering, or what should you do after coming home with your cat after it has just been neutered? You’ll learn next time… 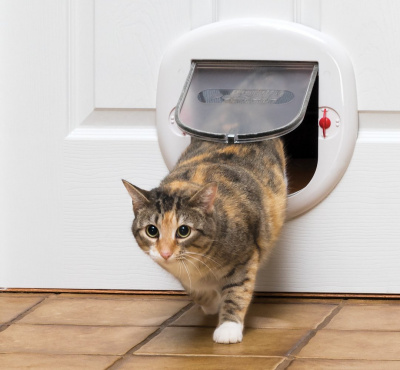 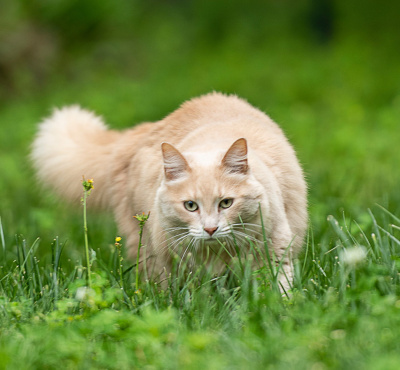 Catswort, valerian and “cat grass” for the well-being and health of your cat

Cat grass is a term known to the overwhelming majority of cat owners. These are specially grown plants that have beneficial effects on our feline pets. They have the capacity to calm and relax them, have a positive effect on their state of mind as well as on their digestive tract, and even on their overall immunity. 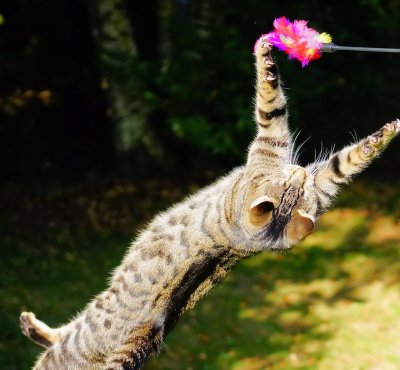 Cat in the garden! Do you know how to secure your garden, as well as your pet cat?

With the summer and warm days approaching, we are moving to gardens and cottages together with our cats. We should be particularly careful in the case of a kitten or a cat that is visiting our garden and the outdoor areas of our house or cottage for the very first time. 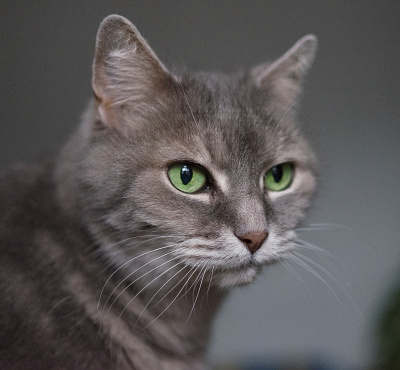 Vital, healthy, satisfied. That's a cat that is fed with quality food. A cat's diet is reflected in its life in a major way, from its quality to its length. 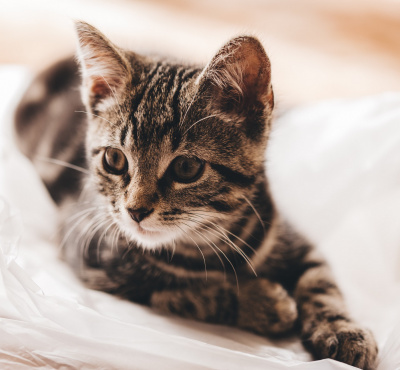 Getting a kitten – things not to forget

Will your family be adding a new member soon? A little fluffy ball of joy? Beginnings are always difficult not only in human lives, but also in animal lives.